Pentti and Kaija Rotola-Pukkila founded their business in August 1965. Pentti had been working at a furniture factory for a couple of years and had trained as a carpenter in Ilmajoki. Kaija worked as a cook at the Ilmajoki School of Animal Husbandry. They both had their roots in the country, so hard work and a can-do attitude came naturally to them.

Neither of them had any start-up capital, so they used gift vouchers that they had received as wedding presents to buy their first tools and supplies. The company operated in rented premises for the first three years until 1968, when they bought a property.

In the domestic market, P. Rotola-Pukkila Oy's customers are privately owned furniture businesses. Many of the customer relationships date back to the 70s. The company has also collaborated with various furniture chains.

Exports started as early as the 70s, but slowed at the end of the 80s. Initially the most important countries for export were Norway and Sweden. In the early 90s, low demand on the domestic market was an incentive to start looking for export markets. The company has exported its products to various counties in different parts of the world. Today’s most important established export countries are Sweden and Norway. Small amounts of goods also go to Russia, Poland and the Baltic countries.

At first Pentti and Kaija were company's only employees, but they soon found that they needed extra staff. During the 70s, the number of employees rapidly increased to 30 and then to 40 in the mid-90s as a result of expansion through exports and the increase in manufacture of new special parts that required a lot of work.

Many of the employees have stayed with the company for a long time – some even for several decades. This is one of the factors behind the high level of expertise that is visible in the high quality of the products.

The first factory hall completed in 1968 was approximately 500 m2. As business was increasing rapidly, further expansion was needed the following year. Since then, the premises have been expanded regularly and P. Rotola-Pukkila currently operates in modern premises of over 20,000 m2. 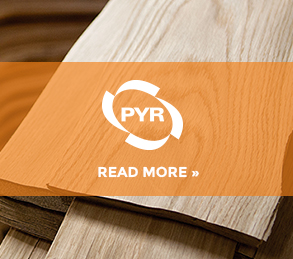 Check our product gallery and get new ideas
for your home interior design.

Regal-collection can be found in many shops.
Check your nearest retailer.